He has told you, O mortal, what is good; and what does the Lord require of you but to do justice, and to love kindness and to walk humbly with your God? 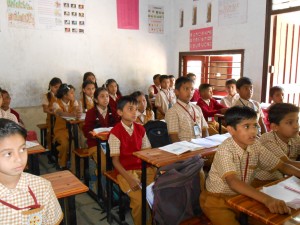 We have heard over the last 5 weeks, in the earlier reflections in this series, the voices of Dalits, Adivasis, children, women and the tribal peoples of India, crying out for justice and kindness. They spoke of the pain, contempt and cruelty they suffer; of being alienated and displaced, abused and unsafe; of the struggle and fear they feel. I hope these prayers, voiced by fellow Christians of ours in India, strike at your heart, as they do at mine.
For the 5 year period from 2011-16, Methodist Women in Britain has focussed on raising awareness of the issue of caste discrimination, especially the plight of the Dalit people outside, or beneath, the caste system. The issue is still current today in many countries, including Britain, yet largely unknown or unaddressed. We have sold hundreds of Dalit Solidarity resource packs; events have been held in churches, circuits and districts as well as connexionally; we have contributed to conferences and training events for other organisations; we have attended meetings in the Houses of Parliament and protests in Parliament Square. The UK government has blown warm and then cold again on the issue, which still causes huge pain and distress.
In this brief passage from the prophet Micah, we are told, very simply yet very eloquently, what God requires of us in living our lives in his way. Let us all pray for justice to prevail for victims of caste discrimination, and reflect on action we can continue to take to help that come about. The photo shows children in St Thomas’ School, run by the Church of North India in Sangli, Diocese of Kohalpur; many of them are Dalits.

All that kills abundant living, let it from the earth be banned;
Pride of status, race, or schooling, dogmas that obscure your plan.
In our common quest for justice may we hallow life’s brief span.

Praying with the Church of North India: the whole Synod response to the voices heard in weeks 1 to 5:

God of life and justice, you are our creator, redeemer and sustainer. You have created all human beings as equal and free. You have endowed us with the possibility to grow and flourish to the fullness of life. But we have suffered from the terror of tyrants who have blocked your gift of life to us.
We therefore pledge to be fearless and challenge the caste system that enforces inequality. We pledge to resist those who dominate and strip us of our dignity, our resources and our human rights. We ask your blessing on our work in your name. Amen.