‘good news of great joy for all the people’ 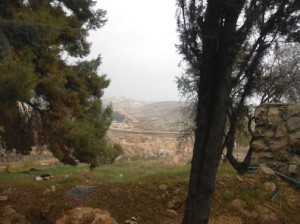 Of all those living within Indian society, the Tribal peoples suffer greatly from exclusion, discrimination and lack of opportunity. Living in geographical isolation, in very rural hill and forest regions, they depend on subsistence agriculture at best, and they may even still be hunter-gatherers. Their life-style could be described as low-tech in the extreme; they often suffer poor health, and their literacy rate is low. Commercial forestry and intensive agriculture being introduced to large tracts of rural India threaten the local environments they depend on, and they become geographically and socially displaced.

One of the stories Luke tells about the birth of Jesus is that of the angels appearing to a group of shepherds near Bethlehem. Shepherds were regarded as a group, or tribe, who were beyond the pale: ritually, and probably literally, unclean, and socially unacceptable. But Luke wants his readers to realise that no-one is excluded from God’s love: God even sent a special envoy to the shepherds, to make sure they, and we, got that message.

This recent photo of Shepherds’ Fields in Bethlehem shows the inhospitable terrain they called home. Rocky, barren, bleak – but it was their home, their workplace and gave them their identity, just like the areas they inhabit do for the Tribal people in India today. Yet they are seriously threatened in the name of progress.

In Christ there is no east or west. v3 ‘All children of the living God are surely kin to me’

Praying with the Church of North India – Tribal Voice:

Industrialisation and expansion of the infrastructure have aggravated the ecological imbalance. Cruelty to animals and extinction of species has increased. Global warming and climate change is affecting the entire inhabited world. We ask what does the Lord require of us?

Loving Creator God, we confess that we humans often behave as if we were lords of creation, exploiting the earth and its resources, and treating our fellow humans as servants or slaves, rather than family members. We even create religious doctrines to shore up such self-delusion. Forgive us again. Show us again, as you did in your Son Jesus, that the only true power is the power of love. In His name we pray. Amen.