So What’s the Story?

So What’s the Story?

77 residents and 11 day visitors once again spent a wonderful time of fellowship (and lots of food!) at Sidholme.  This year’s event had a good mix of group discussion, participation, sharing, bible study and much laughter.  Barbara led five stimulating and thought-provoking sessions, speaking to us about ‘stories’, and about the importance of listening.  Session one saw us thinking about what we would say about ourselves to a stranger in a one minute journey in a lift.  Several people shared their thoughts.

In the second session, we wrote on paper ‘fortune tellers’, which I’m sure most of us hadn’t made since we were children.  On the outer layer, we wrote about the obvious physical things other people see when they look at us, then on the next layer, what they would find out about us when they got to know us.  We were then invited to write a word or words on the inner layer that would mean something only to us, representing things that we wouldn’t want to share with everybody, or maybe only trusted people, about things that were part of our story.  We took these away with us.

We did a lot of writing!  In session three we were asked to write about absolutely anything for eighteen minutes, not stopping until Barbara told us to.  Barbara then explained how a Pantoum Poem worked, giving us an example she’d written of a four line, four verse, non-rhyming poem, in which there are actually only eight lines of prose.  Barbara gave us a sheet explaining which line was repeated and when.  We were then invited to do this, possibly using what we’d written about earlier as a base.  A lot of people completed this task, and many excellent poems were shared.  Elaine, our District Secretary, asked everyone who had completed one to send it to her, so that she can collate them. 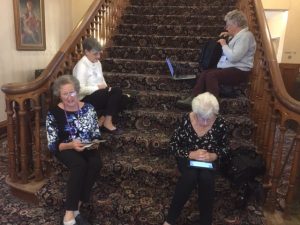 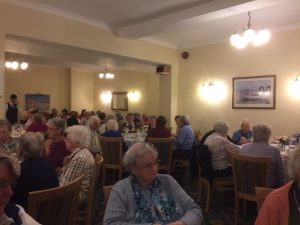 If we wished, we had the opportunity to take part in craft workshops, making a clock, a hedgehog, or cards, or could enjoy a Prayer Walk or a Bible Study.  The results were shared later.  We were in three groups for session four, with one group reading from Matthew, another from Mark and the other from Mark, about the different versions of the gospel stories of Jairus’ daughter and the woman who was bleeding and who touched Jesus’ cloak.  The differences in the gospels were discussed.  On Wednesday evening we were treated to excellent entertainment by the local Sid Vale Folk Singers. 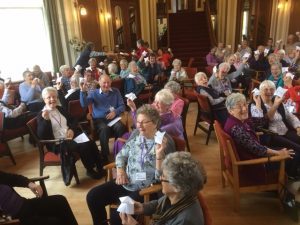 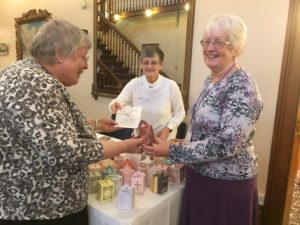 Thursday morning and session 5 saw us once again split up into groups, this time with half of us as aliens who had just landed from another planet and who knew nothing about the churches or the Christian faith.  The aliens had to ask the church goers to explain about their church and what happened there.  There was much hilarity when some of the answers were shared.

Our time together concluded on Thursday morning with an uplifting communion service led by Barbara and our President, Revd Jane Sperring – followed by more food!

Our only complaint is the difficulty getting wifi…